Jonathan Ching has carved out a successful role as a Concept Artist with experience on a variety of projects in the game and film industries. He specialises in the design and visualisation of characters, vehicles, environments and creatures.

Jonathan graduated from Futureworks with a 1st Class Degree from our Digital Animation with Illustration course back in 2016 and since then has developed an impressive freelance career.

Last year, Jonathan worked with Blur Studios on the animated Netflix series, Love, Death and Robots. He created environment concept art for several scenes and delivered 3D assets to assist the 3D art team with the creation of the unique environments. Described by Wired as a ‘viscerally enjoyable conflagration of the senses’, it is one of the most challenging and creative series commissioned by Netflix and we are  proud that one of our alumni was involved in the production.

Then, earlier this year, Jonathan was employed by Applied Technologies as a Freelance Concept Artist for McLaren to develop character concepts for a Formula One driver of the future as part of McLaren’s “2050 Vision” campaign. This included helmet and suit designs in-line with potential real-life specifications, and environment designs for a future Formula One race track, including futuristic architecture and overall track layout. It also involved detailed component design for the race car of the future, including steering wheel and seat designs.

These high profile projects have meant that Jonathan’s talents have not escaped the media. In March this year, 3D Artist Magazine featured a concept art tutorial by Jonathan which was then the main cover feature of this internationally distributed magazine. Previously his McLaren work had been featured major article for Autosport magazine.

For anyone interested in seeing more of Jonathan’s work (or even commissioning a project), just take a look at www.jonathanching.com 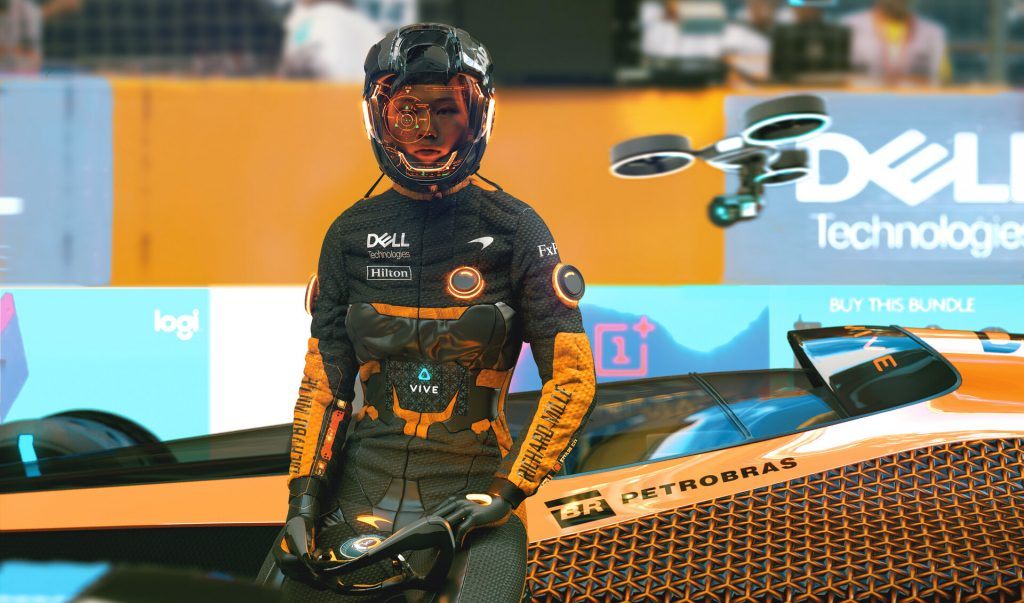