Opportunities in the creative industries

It’s good news for career prospects in the creative sector.

As a leading provider of university education in the creative industries, Futureworks welcomes news that the sector is developing new jobs faster than any other in the UK.

Figures released earlier this year, show that despite dramatic jobs growth in the creative industries over the last five years, the sector is still growing faster than any other.

It is estimated that there are more than 2,040,000 jobs in the UK’s creative sector, with 75% of them being outside London.

Official figures also show that new posts have been added at twice the rate of the rest of the economy.

This means that there has never been a better time to make your first move into the creative industries by gaining relevant qualifications, such as those on offer at Futureworks.

Call us today to find out how you can take your place in the UK’s most dynamic industries.

The figures used in this article are from the Department of Digital Culture Media & Sport. More information can be found at the department’s website 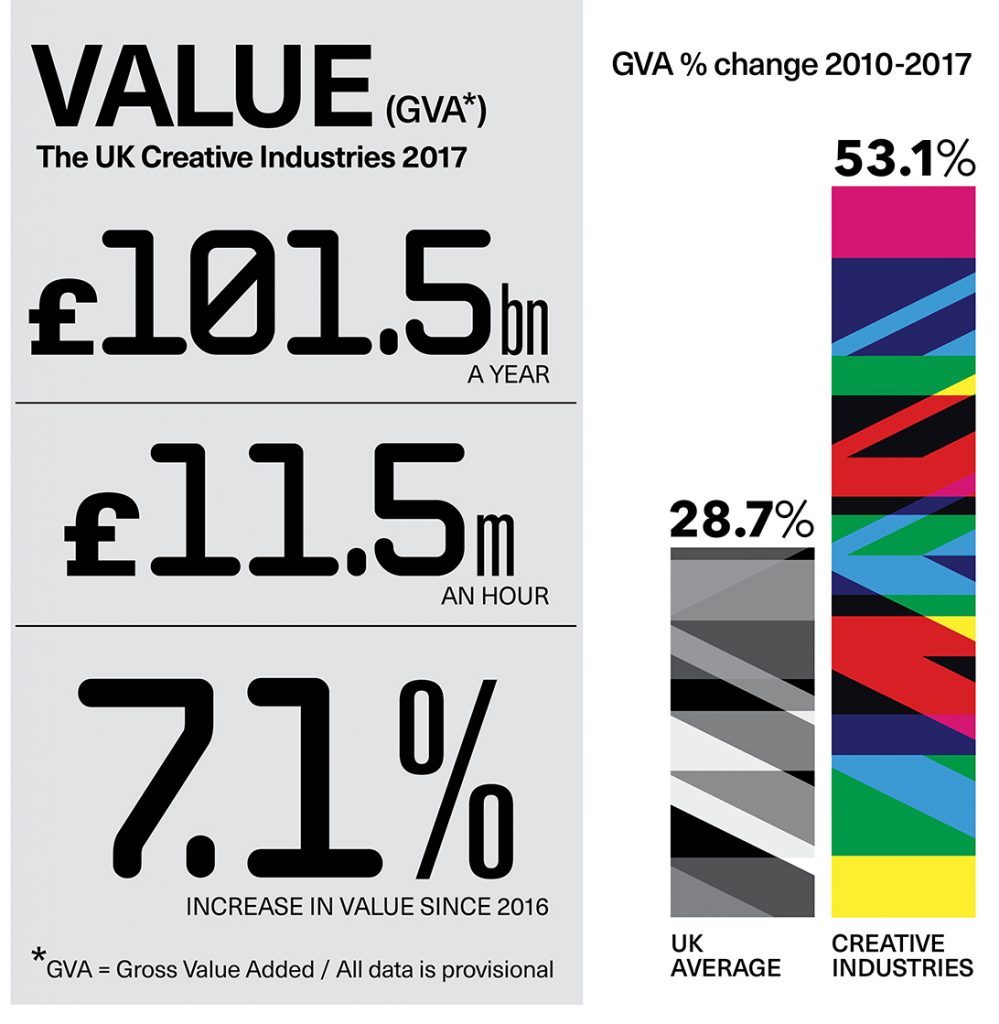